Another way (with vegetables) →
← 10 Milliarden 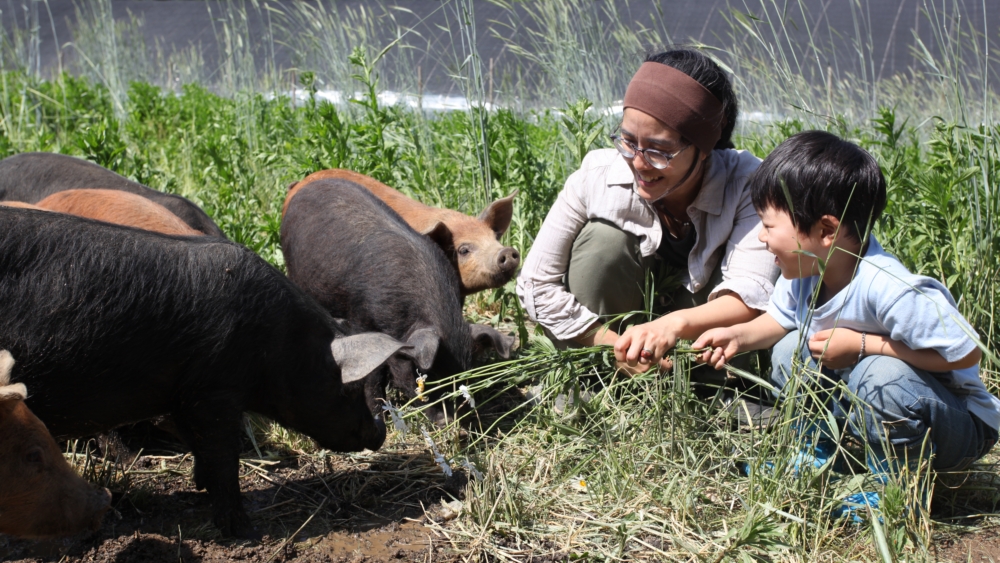 In the winter of 2013 during a nationwide slaughter of livestock to fight foot-and-mouth disease, filmmaker Yun Hwang witnesses hundreds of pigs buried alive in a neighborhood farm. She suddenly realizes that she has never seen a pig before, and decides to follow its life closely.

Yun goes deep into the mountains to meet a farmer who raises his pigs in an old fashioned way. As Yun observes the daily routines of the mother pig Ship-Soon and her piglet Don-Soo, she discovers new facts she has never known before…

As she develops a bond with the lovely pigs and acknowledges another side of the farm and meat industry, it becomes more difficult for her to enjoy pork cutlets like she used to. And to make matters worse, her husband and her young son are not making her choice of daily menus easier. As she falls into a deep dilemma, what´s in store for her now?